Design studies of the façades and cleaning cradles and works supervision. 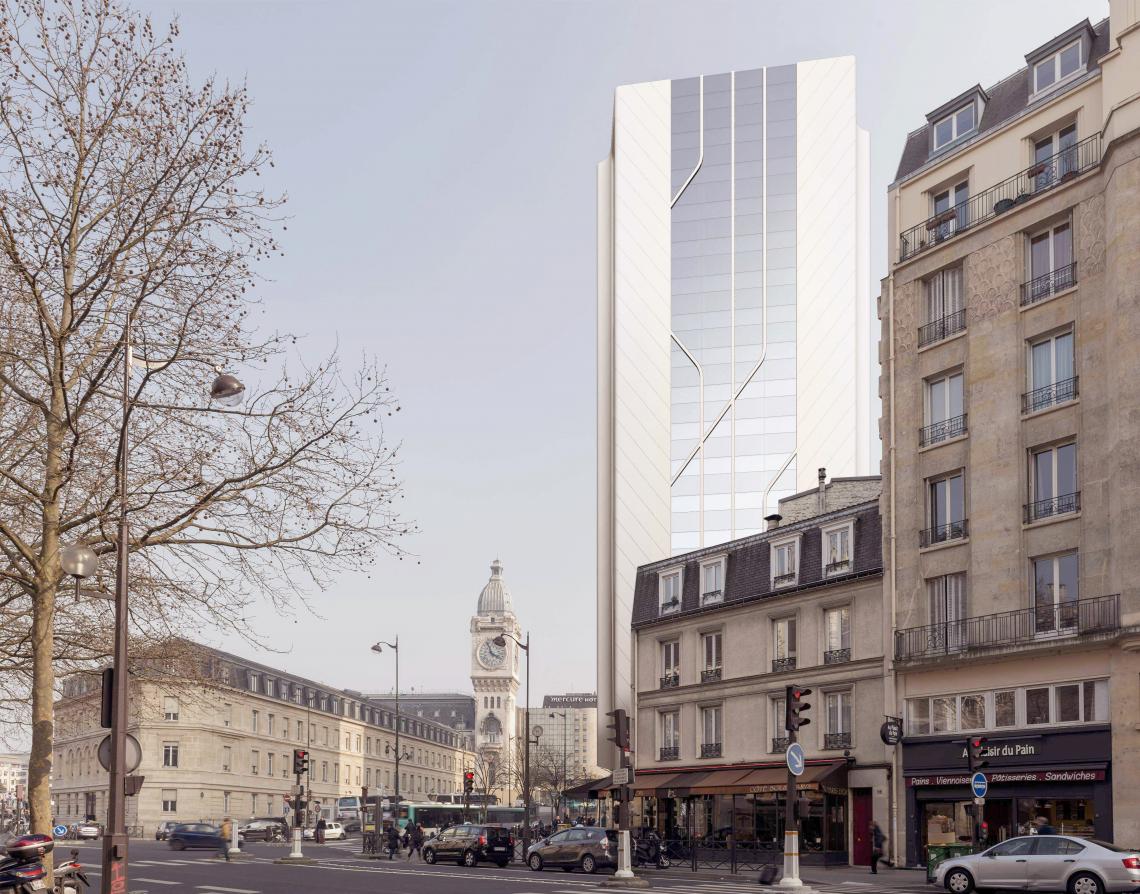 Originally intended to become a hotel, the building was finally designed and opened in 1974 as offices. Its ageing facilities, combined with its location and visibility, led to a refurbishment project that began in 2015 in order to convert it into a hotel. The works aim to achieve a high level of architectural quality, confort and technical performance. The project notably includes replacing all the original curtain façades of the tower, including the concrete elements.