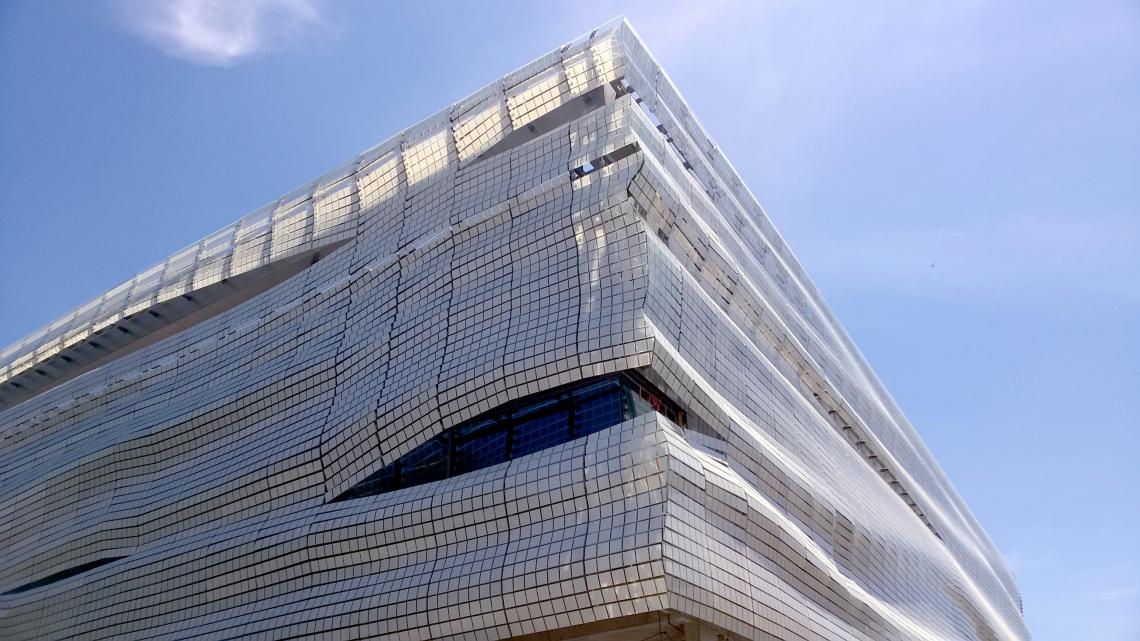 RFR's scope includes all the structures constituting the external envelope and the thermal and tight building facade (glazed façades of shops and offices, opaque steeling cladding, etc.). It also covers the inner glazed walls of the Atrium, the inner automatic sliding doors, the blinds and the "Mosaic", an iconic glazed outer skin with a variable double-curved surface. RFR also studied the access cradles and walkways for servicing and maintaining the structures.

Description
The Mosaic constitutes the exterior skin of the double-skin façade enveloping the four faces of the museum main building. It covers an area of approximately 2500 m2, with each face measuring about 12 metres high by 50 metres long.
This skin does not provide air and water control or insulation functions; these are provided by the solid opaque skin placed behind it. It contributes to the overall thermal performance of the building by limiting solar gains thanks to the visual treatment of the glazing that constitutes it.
The design for the exterior special structures included in particular the structural glass façades, the blinds for the museum building, and the administrative and educational building. 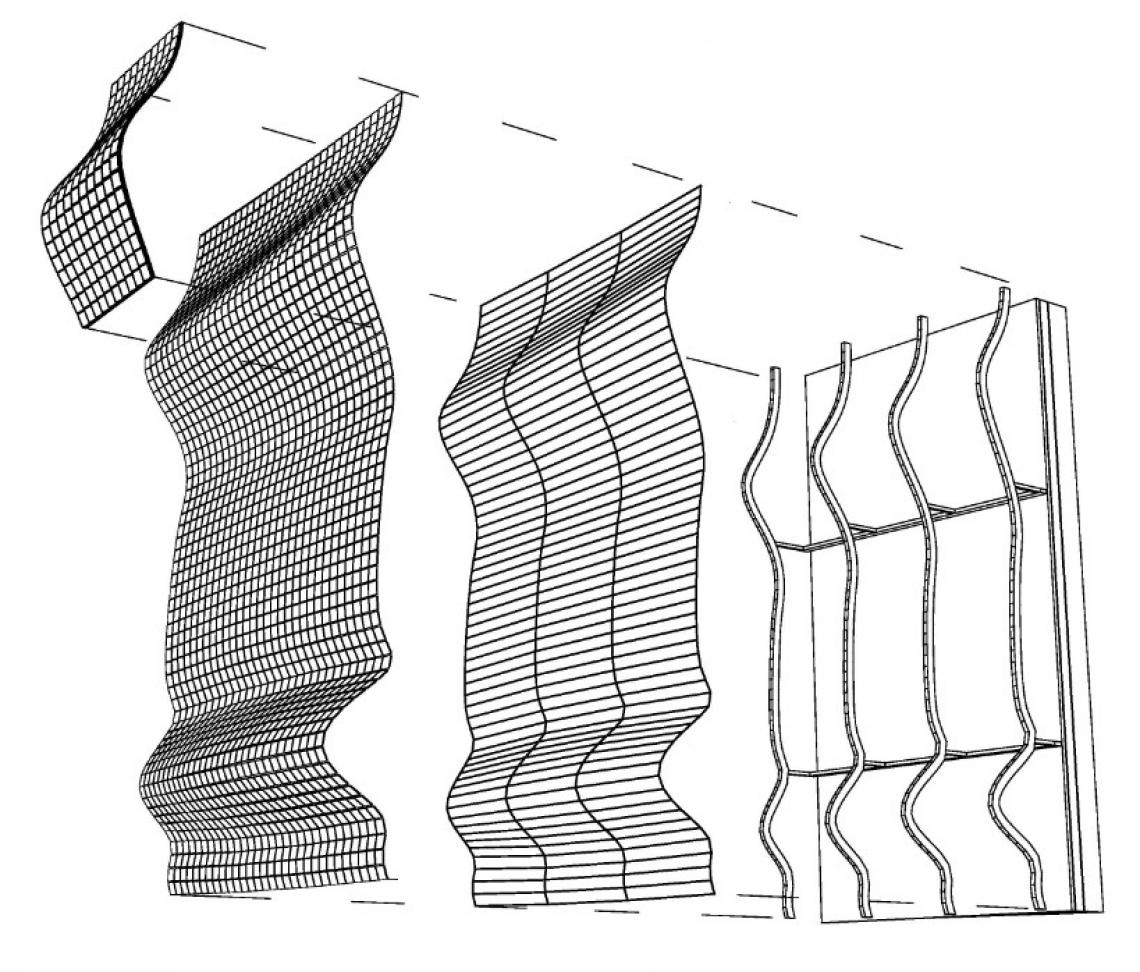 The Museum of Roman Culture lies on the southern edge of the historic centre of Nîmes (the "Ecusson"), which is bounded by the route of the former medieval city walls. Lying next to the Historical Roman Arena, on the opposite side of its forecourt, it will dialogue and provide striking contrast with the city's most emblematic building.
The project comprises two parts, the Museum ("Ilot grill") as well as an administrative and educational building ("Parcelle République").

Further information on this project can be found (in French) via this link.